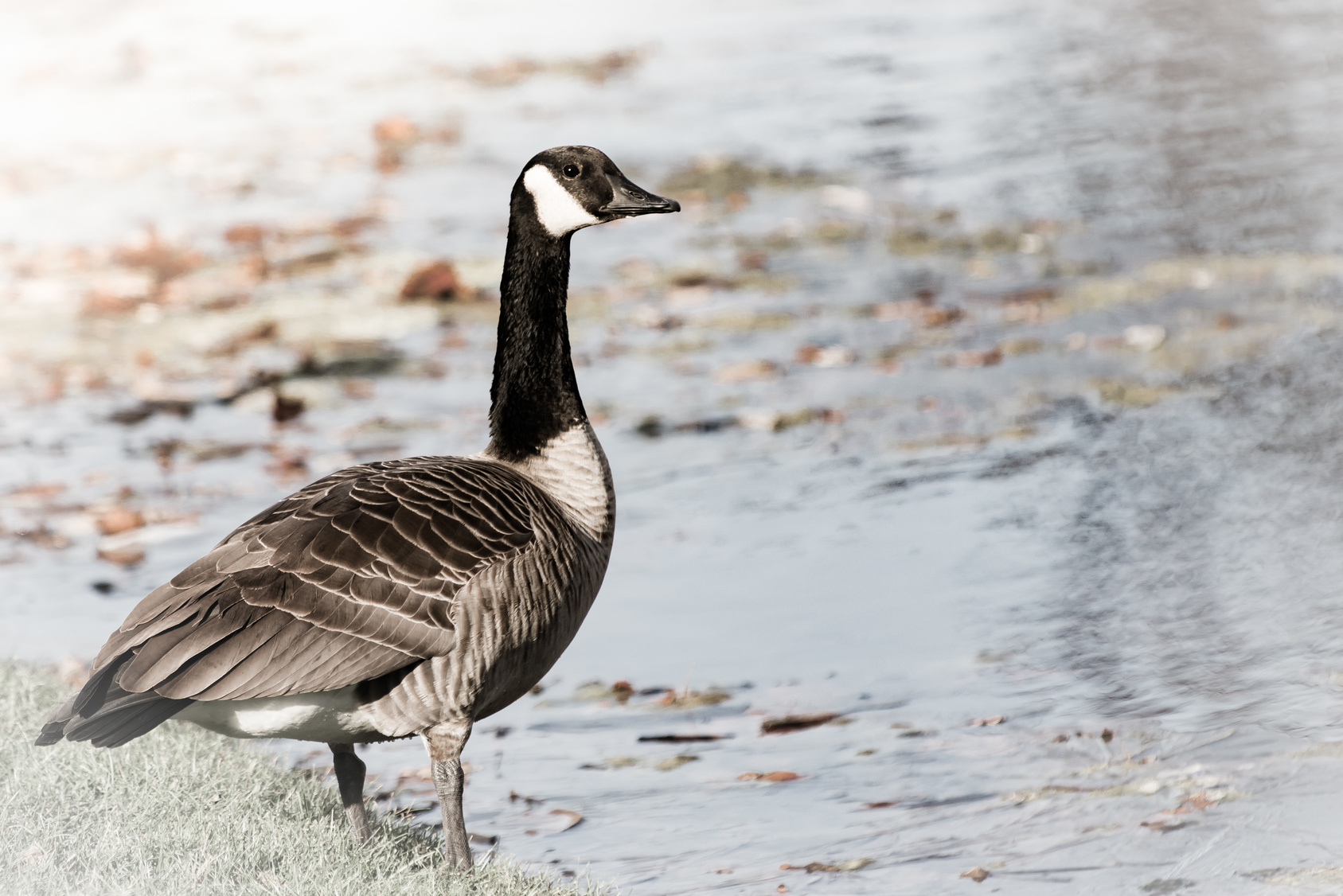 On Monday, September 4th, Nat Geo Wild premiered a new television episode for, “When Nature Calls”, starring the founder of Alaska Wildlife Rescue, Keith Lange. During the episode, Keith was shown answering a call about a hurt goose from a woman in Anchorage, Alaska. When he arrived on scene, he was greeted by the owner and her daughter, who stated that the injured animal was located in their backyard. It was obvious that the goose had a badly injured wing, which being disabled it was not able to fly. After Keith gently captured the goose, he and the owner placed a bandana over its’ eyes to reduce stress while in transport. Keith then took the injured goose to the Bird TLC in Anchorage, Alaska so it could receive the kind of care it needed, in order to heal.

Within Alaska, there are three main species of geese; The Canadian, being the most well-known, the Emperor, and the Greater White-fronted. The Canadian goose is highly recognized across the state for its’ prominent black head and white cheek “patch”. These Alaskan geese typically follow a migration route from the Gulf of Alaska, down to California. This particular species has had close-calls to extinction, in the past, due to hunters, fox, and other predators. Since these threats have not depleted by much, their rescue will ensure that their existence will not be endangered, once more. In situations like the injured goose, previously discussed, Keith and his crew are not always able to personally help an animal recover, in the way that it needs. In saying so, Alaska Wildlife Rescue works with the Alaska Department of Fish and Game, Alaska Wildlife Troopers, and various rehabilitation centers in the Anchorage and Mat-Su Valley area, to help these injured wildlife receive the correct medical care and a possible second chance at life.

Alaska Wildlife Rescue’s mission is to rescue Alaskan wildlife from life threatening situations, to transport injured animals to veterinary and rehabilitation center throughout Alaska, to organize foster care for orphaned wild animals, to reintroduce previously injured and orphaned animals back into the wild and to educate children and adults about the value of Alaska’s native animals. As stated before, Alaska Wildlife Rescue services the Anchorage and Mat-Su Borough, as well as the Kenai Peninsula and remote areas of Alaska. Please visit alaskawildliferescue.org for a complete listing of their services. For more information or to schedule an interview with Keith Lange, please contact Lisa Rae Oshesky at 907-290-3033.