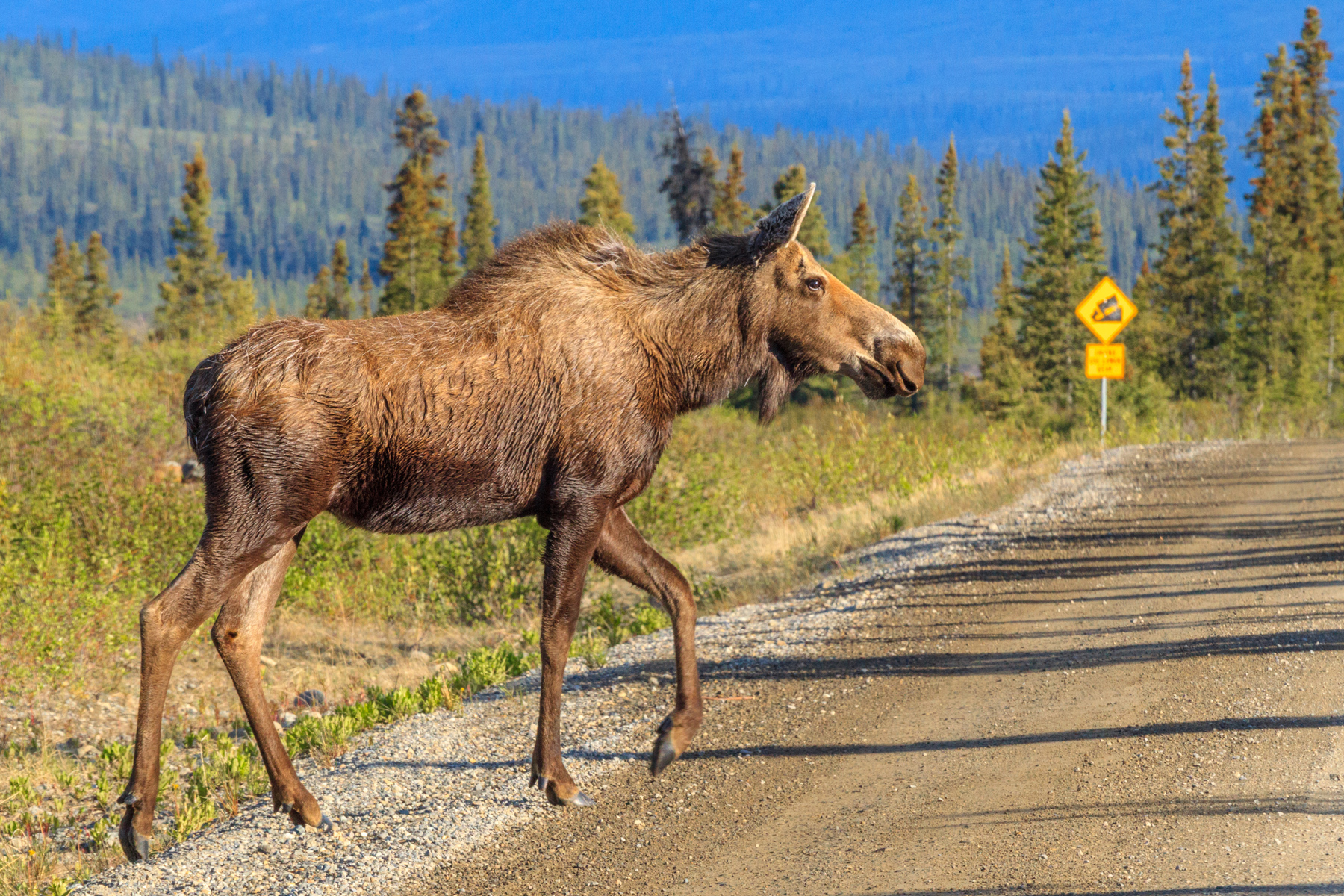 Alaska Wildlife Rescue (AWR) is proposing the Moose Awareness Project in order to help promote moose awareness on roadways and reduce vehicular accidents. AWR proposes multiple approaches to the project such as moose caution signs and lights, user-based moose location app, and additional fencing on densely frequented roadways. Caution lights that can be activated by drivers or local residents when moose are in the area, and additional signs to caution drivers could greatly reduce accidents on the roadways, particularly the Parks and Glenn highway where many tourists frequent during the summer. Many moose are spotted on the side of the road before they run across and get hit, however with no way for drivers to alert drivers that may come by later, many accidents are foreseen yet inevitable. The user-based location moose app will allow drivers to alert other drivers in the area that a moose was seen near the roadways and that drivers should proceed with caution.

Moose-vehicle collisions account for up to 20% of rural highway accidents in Alaska, and often double in the winter (Thomas, 1995). Moose are unpredictable in their movements, some stay in a region year round, and some migrate; when migrating, some migrate to northern ground and some to lower elevations (Thomas, 1995). Due to their unpredictable movement, in no single area is one necessarily more susceptible to moose related accidents. However we can predict how frequently humans travel through areas, as more frequented roads will have more accidents. For these reasons, moose-vehicle collision prevention efforts are generally directed towards human awareness, and restricting moose access to frequented roadways. Multiple moose-vehicle prevention projects have found that a combination of lighting and fencing greatly reduces these accidents. Areas that were only lit reduced accidents by 70%, areas that were fenced reduced accidents by 80%, and when a combination of the two were used it resulted in up to 95% reduced moose-vehicle collision rates (Thomas, 1995). Fences were installed along in Anchorage from Muldoon road to Hiland road in the 1980s’, however since the fences were installed the population of Alaska has grown by over 30% and residential areas are expanding further, resulting in a need for constant expansion of the fencing (Thomas, 1995; 2018 Population Estimates by Borough, Census Area, and Economic Region, 2018). However due to the increase of fencing, moose are experiencing genetic discontinuity, and therefore underpasses have been built in order to allow them to pass to reduce genetic subdivision (Thomas, 1995; Wilson et al., 2015).